http://www.nytimes.com/2012/12/28/science/earth/in-ireland-carbon-taxes-pay-off.html
Over the last three years, with its economy in tatters, Ireland embraced a novel strategy to help reduce its staggering deficit: charging households and businesses for the environmental damage they cause.

The government imposed taxes on most of the fossil fuels used by homes, offices, vehicles and farms, based on each fuel’s carbon dioxide emissions, a move that immediately drove up prices for oil, natural gas and kerosene. Household trash is weighed at the curb, and residents are billed for anything that is not being recycled.

The Irish now pay purchase taxes on new cars and yearly registration fees that rise steeply in proportion to the vehicle’s emissions.

Environmentally and economically, the new taxes have delivered results. Long one of Europe’s highest per-capita producers of greenhouse gases, with levels nearing those of the United States, Ireland has seen its emissions drop more than 15 percent since 2008. 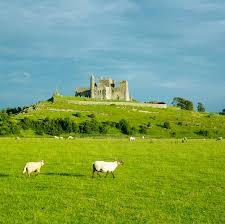 Although much of that decline can be attributed to a recession, changes in behavior also played a major role, experts say, noting that the country’s emissions dropped 6.7 percent in 2011 even as the economy grew slightly.

“We are not saints like those Scandinavians — we were lapping up fossil fuels, buying bigger cars and homes, very American,” said Eamon Ryan, who was Ireland’s energy minister from 2007 to 2011. “We just set up a price signal that raised significant revenue and changed behavior. Now, we’re smashing through the environmental targets we set for ourselves.”
By contrast, carbon taxes are viewed as politically toxic in the United States. Republican leaders in Congress have pledged to block any proposal for such a tax, and President Obama has not advocated one, although the idea has drawn support from economists of varying ideologies.

Yet when the Irish were faced with new environmental taxes, they quickly shifted to greener fuels and cars and began recycling with fervor. Automakers like Mercedes found ways to make powerful cars with an emissions rating as low as tinier Nissans. With less trash, landfills closed. And as fossil fuels became more costly, renewable energy sources became more competitive, allowing Ireland’s wind power industry to thrive.

Even more significantly, revenue from environmental taxes has played a crucial role in helping Ireland reduce a daunting deficit by several billion euros each year.

The three-year-old carbon tax has raised nearly one billion euros ($1.3 billion) over all, including 400 million euros in 2012. That provided the Irish government with 25 percent of the 1.6 billion euros in new tax revenue it needed to narrow its budget gap this year and avert a rise in income tax rates.

The International Monetary Fund, which oversees the rescue plan, recently suggested that Ireland should “expand the well-designed carbon tax” and its automobile taxes to generate even more money.

Although first proposed by the Green Party, the environmental taxes enjoy the support of all major political parties.....

.... The prices of basic commodities like gasoline and heating oil have risen 5 to 10 percent. This is particularly hard on the poor, although the government has provided subsidies for low-income families to better insulate homes, for example. And industries complain that the higher prices have made it harder for them to compete outside Ireland.
...

The coalition government that enacted the taxes was voted out of office last year....

A recent report estimated that a modest carbon tax in the United States that increased incrementally over time could generate about $1.25 trillion in revenue from 2012 to 2022, reducing the 10-year deficit by 50 percent, based on projections from the Congressional Budget Office.

“I think most economists — on the right and the left — think a carbon tax is a good idea,” said Aparna Mathur, a resident scholar at the American Enterprise Institute, a conservative research group that held a daylong seminar on carbon taxes in November. Some economists estimate that a carbon tax could raise $400 billion annually in the United States, she said....
...
For several years, the European Commission has encouraged debt-ridden members of the European Union to embrace environmental taxes, saying that its economists have concluded they have “a less detrimental macroeconomic impact” than new income taxes or corporate taxes.
...
Some of Europe’s strongest economies, like Sweden, Denmark and the Netherlands, have taxed carbon dioxide emissions since the early 1990s, and Japan and Australia have introduced them more recently.
...
The carbon tax is levied on fossil fuels when they enter the country and is then passed on to consumers at the point of purchase. The automobile sales tax, which ranges from 14 to 36 percent of a car’s market price depending on its emissions, is simply folded into the sticker price.
...
Other emissions taxes on cars, including the annual car registration fee, or road tax, are billed directly to customers, potentially adding thousands to annual operating costs. Ninety percent of new car sales last year were in the two lowest-emission tiers.
...
Gas, always expensive in Europe, sells here for about $8 a gallon, around 20 percent more than in 2009 because of tightening market supplies and the new tax.

Posted by Environmental Valuation and Cost-Benefit News at 8:15 AM Location: Ireland