http://dx.doi.org/10.1016/j.enpol.2012.05.038
Abstract: Hybrid-electric vehicles (HEVs) and battery-electric vehicles (BEVs) are currently more expensive than conventional passenger cars but may become cheaper due to technological learning. Here, we obtain insight into the prospects of future price decline by establishing ex-post learning rates for HEVs and ex-ante price forecasts for HEVs and BEVs. Since 1997, HEVs have shown a robust decline in their price and price differential at learning rates of 7±2% and 23±5%, respectively. By 2010, HEVs were only 31±22 €2010 kW−1 more expensive than conventional cars. Mass-produced BEVs are currently introduced into the market at prices of 479±171 €2010 kW−1, which is 285±213 €2010 kW−1 and 316±209 €2010 kW−1 more expensive than HEVs and conventional cars. Our forecast suggests that price breakeven with these vehicles may only be achieved by 2026 and 2032, when 50 and 80 million BEVs, respectively, would have been produced worldwide. We estimate that BEVs may require until then global learning investments of 100–150 billion € which is less than the global subsidies for fossil fuel consumption paid in 2009. These findings suggest that HEVs, including plug-in HEVs, could become the dominant vehicle technology in the next two decades, while BEVs may require long-term policy support. 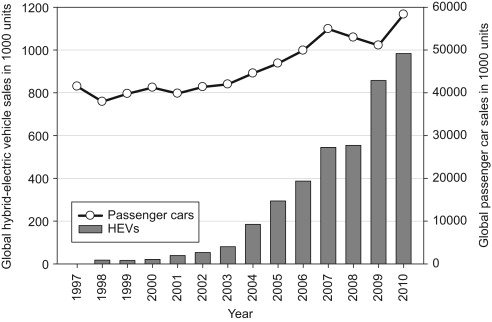 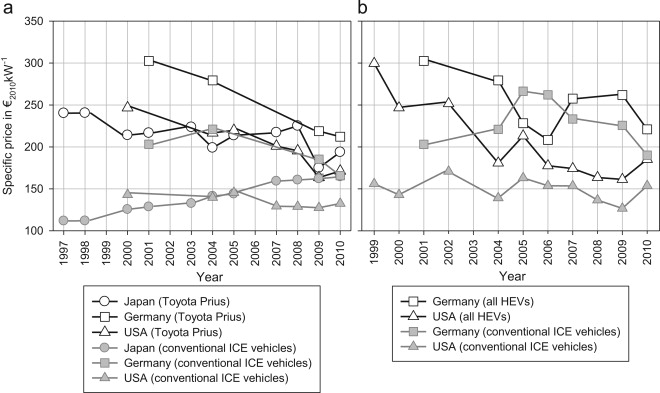 Fig. 2. Specific prices of the Toyota Prius (a) and of all HEVs offered on the market

Fig. 3. Specific price differential of the Toyota Prius (a) and of all HEVs
offered on the market (b) as compared to conventional ICE vehicles 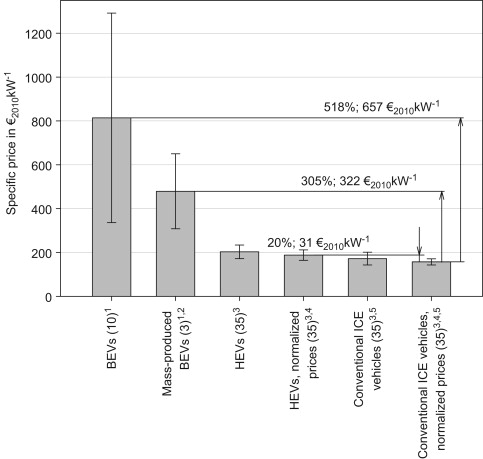 Fig. 4. The average specific price of BEVs, HEVs, and conventional ICE vehicles in 2010; numbers in parentheses indicate the sample size; 1 including price data for vehicles offered in Germany and the USA; 2 including price data for the Nissan Leaf, the Mitsubishi i-MiEV, and the Citroën C-Zero; 3representing the un-weighed price average of data for Germany and the USA; 4price data normalized to an absolute vehicle price of 20,000 €2010; 5including conventional spark-ignition ICE vehicles that are used to calculate the price differential of HEVs.

Fig. 5. Experience curves for the Toyota Prius (a) and all HEVs (b); numbers in parentheses
indicate the year of analysis; error bars indicate the standard deviation of price data.

Fig. 7. Experience curves for the specific price differential of the Toyota Prius (a) and all HEVs (b).
Figure options 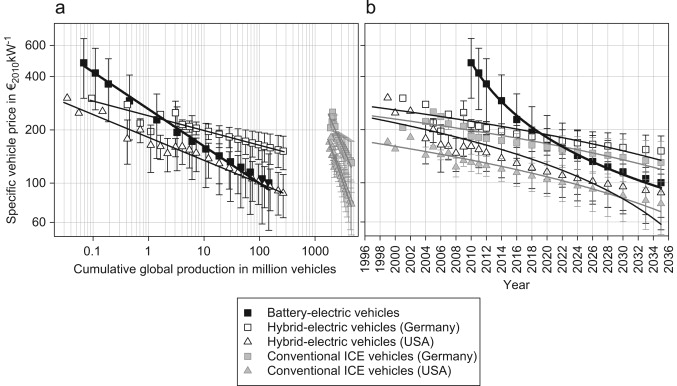 Fig. 8. Forecasting the specific price of BEVs, HEVs, and conventional ICE vehicles for the period between 2010 and 2035: (a) experience curves, (b) time series analysis. 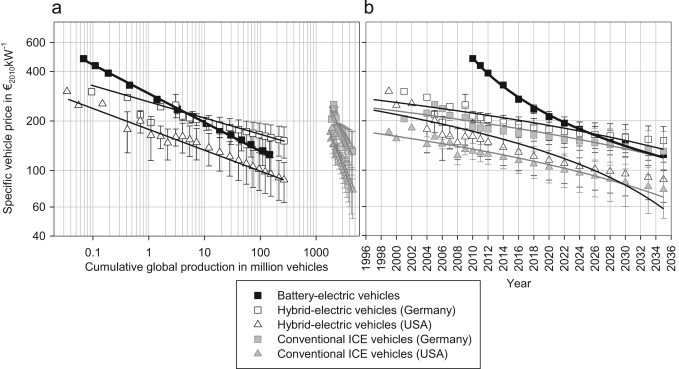 Posted by Environmental Valuation and Cost-Benefit News at 3:20 PM